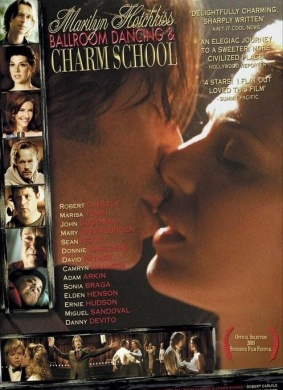 Dance is a very powerful drug Mr. Keane. If embraced judiciously, it can exorcise demons, access deep seated emotions and color your life in joyous shades of brilliant magenta that you never knew existed. But, one must shoulder its challenges with intrepid countenance if one is ever to reap its rewards.

In 1962, Pez were cool, Zagnuts, Bombpops and Good-n-Plenty were very cool. The gum in baseball cards still tasted good. Kennedy was president then. Bay of Pigs, nuclear testing in Nevada, the Red Scare. McDonalds only had a million served. I was twelve-years-old and I hated girls more than liver. I mean they weren't good at the really important things. They always lost in the cafeteria hotdog eating contest. Tommy Tanksley, he could unhinge his mouth like a snake or something. And in rope climbing they all got rope burn. They claimed their hands were different than ours. And they couldn't spit worth a damn either.