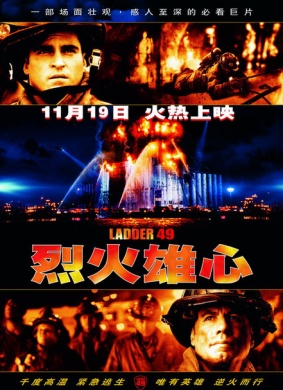 Chief Kennedy: It's never an easy thing, saying goodbye to a brother firefighter, it's not. And this time, particularly is difficult for me because I watched Jack grow into a, well, into one of the finest firefighters I've ever known. He joined this department because he wanted to help people, who knows how many homes are still standing because Jack was there or how many lives were spared. He gave his life for that cause. We'll never forget you Jack. And we're better for having known you. But I make you this one promise, tomorrow when that bell rings, we will be back on the truck, because you were the bravest of the brave. People are always asking me, how is it that firefighters run into a burning building when everyone else is running out? Well, Jack, you answered that question by saving another man's life. Your courage is the answer. And today we will be as brave as you, by not mourning you, but by celebrating your life.

Jack Morrison: Linda, what is wrong?

Linda Morrison: I saw you on the news, Jack, dangling from a rope! How could you tell me that it's not dangerous?