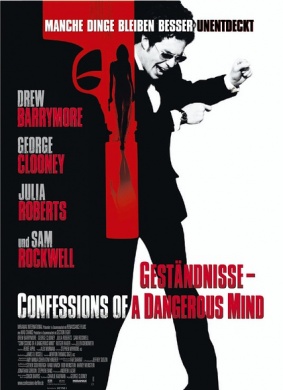 Confessions of a Dangerous Mind 更多片名>

I came up with a new game-show idea recently. It's called The Old Game. You got three old guys with loaded guns onstage. They look back at their lives, see who they were, what they accomplished, how close they came to realizing their dreams. The winner is the one who doesn't blow his brains out. He gets a refrigerator.

Go back to Scotland! Get yourself some Guinness, some Lucky Charms.