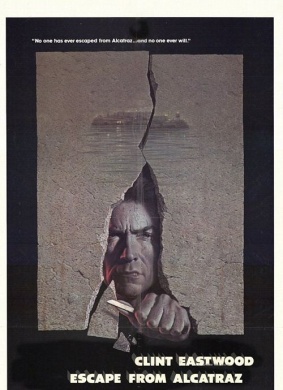 If you disobey the rules of society, they send you to prison; if you disobey the rules of the prison, they send you to US. Alcatraz is not like any other prison in the United States. Here, every inmate is confined ALONE... to an individual cell. Unlike my predecessors, Wardens Johnson and Blackwell, I don't have good conduct programs, I do not have inmate counsels. Inmates here have no say in what they do; they do as they're told. You're not permitted to have newspapers or magazines carrying news; knowledge of the outside world is, ah, what we tell you. From this day on, your world will be everything that happens in this building.

Alcatraz was built to keep all the rotten eggs in one basket, and I was specially chosen to make sure that the stink from the basket does not escape. Since I've been warden, a few people have tried to escape. Most of them have been recaptured; those that haven't have been killed or drowned in the bay. No one has ever escaped from Alcatraz. And no one ever will!

I'm lookin' for a new punk!