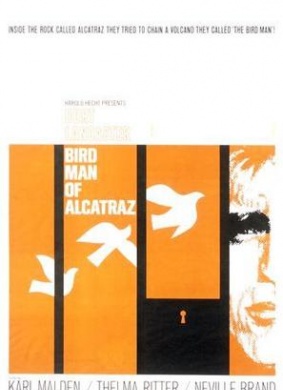 ...during which you will see all of the man-made and natural beauties, the most spectacular bay in the world. You'll pass beneath the famous Golden Gate Bridge, considered by most authorities to be one of the most striking structures ever erected by man. From the bay, you will thrill to the magnificent San Francisco skyline. Your cruise ship, the Harbor King, will circle Alcatraz, a maximum security prison containing the most dangerous criminals in America. It has been the home of such notorious figures as Al Capone, Baby Face Nelson, and Machine Gun Kelly.

Tom? You know what they used to call Alcatraz in the old days?