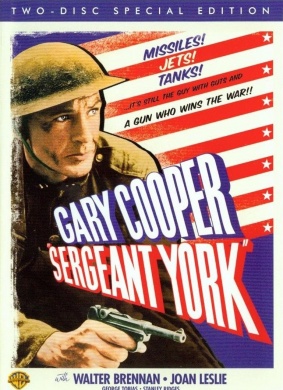 Where did ya learn to shoot York?

Well I ain't never learned Sergeant, folks back home used to say I could shoot a rifle before I was weaned. But they was exaggeratin' some.

Folks say you're no good 'ceptin' for fighting and hell raising