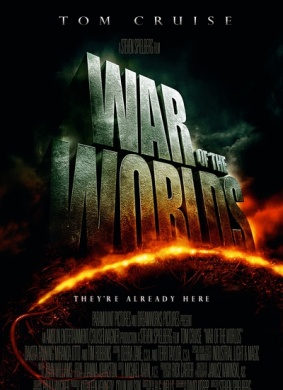 War of the Worlds 更多片名>

No one would have believed in the early years of the 21st century that our world was being watched by intelligences greater than our own; that as men busied themselves about their various concerns, *they* observed and studied, the way a man with a microscope might scrutinize the creatures that swarm and multiply in a drop of water. With infinite complacency, men went to and fro about the globe, confident of our empire over this world. Yet across the gulf of space, intellects vast and cool and unsympathetic regarded our planet with envious eyes and slowly, and surely, drew their plans against us.

Get in, Manny, or you're gonna die!