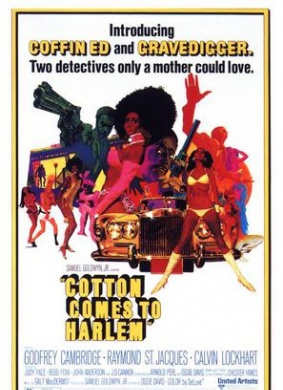 Gravedigger Jones and Coffin Ed Johnson are two black cops with a reputation for breaking the odd head. Both are annoyed at the success of t...更多>

One more word, soul brother. You had it made. Black folks would have followed you anywhere. You could've been another Marcus Garvey or even another Malcolm X. But instead you ain't nothin' but a pimp with a chicken-shit backbone.

Was that black enough for you?