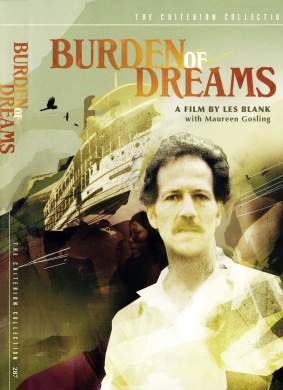 Without dreams we would be cows in a field, and I don't want to live like that. I live my life or I end my life with this project.

[On the jungle] Kinski always says it's full of erotic elements. I don't see it so much erotic. I see it more full of obscenity. It's just - Nature here is vile and base. I wouldn't see anything erotical here. I would see fornication and asphyxiation and choking and fighting for survival and... growing and... just rotting away. Of course, there's a lot of misery. But it is the same misery that is all around us. The trees here are in misery, and the birds are in misery. I don't think they - they sing. They just screech in pain. It's an unfinished country. It's still prehistorical. The only thing that is lacking is - is the dinosaurs here. It's like a curse weighing on an entire landscape. And whoever... goes too deep into this has his share of this curse. So we are cursed with what we are doing here. It's a land that God, if he exists has - has created in anger. It's the only land where - where creation is unfinished yet. Taking a close look at - at what's around us there - there is some sort of a harmony. It is the harmony of... overwhelming and collective murder. And we in comparison to the articulate vileness and baseness and obscenity of all this jungle - Uh, we in comparison to that enormous articulation - we only sound and look like badly pronounced and half-finished sentences out of a stupid suburban... novel... a cheap novel. We have to become humble in front of this overwhelming misery and overwhelming fornication... overwhelming growth and overwhelming lack of order. Even the - the stars up here in the - in the sky look like a mess. There is no harmony in the universe. We have to get acquainted to this idea that there is no real harmony as we have conceived it. But when I say this, I say this all full of admiration for the jungle. It is not that I hate it, I love it. I love it very much. But I love it against my better judgment.