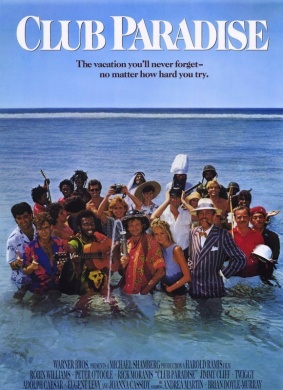 Injured while risking his life to save an angry German shepard, Chicago Firefighter Jack Moniker retires and moves to a small carribean isla...更多>

I heard about this guy in Cicero, well he stiffed a loanshark, so a couple of these guys got him, cut off his arm, beat him to death with the arm, and shoved it in a food processor and made a dip out of it. Then they served it to his family at his sister's wedding. And the sister loved it so much, she wanted the recipe. It's a crazy world, isn't it?

Oooooh, no thanks. Last time I smoked that stuff they found me on top of the Sears tower trying to build a nest.