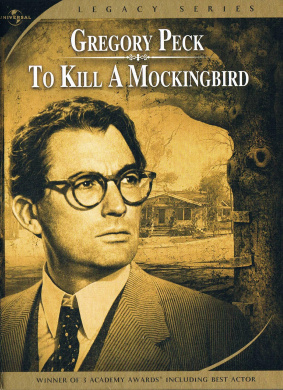 To Kill a Mockingbird 更多片名>

Atticus Finch: If you just learn a single trick, Scout, you'll get along a lot better with all kinds of folks. You never really understand a person until you consider things from his point of view... Until you climb inside of his skin and walk around in it.

Older Scout: [narrating] Maycomb was a tired old town, even in 1932 when I first knew it. Somehow, it was hotter then. Men's stiff collars wilted by nine in the morning; ladies bathed before noon, after their 3 o'clock naps, and by nightfall were like soft teacakes with frosting from sweating and sweet talcum. The day was twenty-four hours long, but it seemed longer. There was no hurry, for there was nowhere to go and nothing to buy... and no money to buy it with. Although Maycomb County had recently been told that it had nothing to fear but fear itself... That summer, I was six years old.