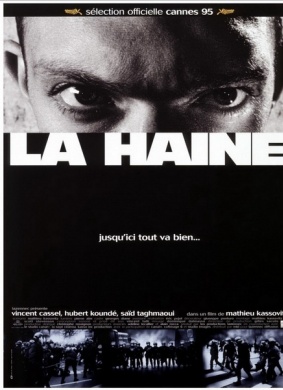 Hubert: Bullshit! You pointed a gun at a cop! We coulda been killed!

Old Man: Nothing like a good shit! Do you believe in God? That's the wrong question. Does God believe in us? I once had a friend called Grunwalski. We were sent to Siberia together. When you go to a Siberian work camp, you travel in a cattle car. You roll across icy steppes for days, without seeing a soul. You huddle to keep warm. But it's hard to relieve yourself, to take a shit, you can't do it on the train, and the only time the train stops is to take on water for the locomotive. But Grunwalski was shy, even when we bathed together, he got upset. I used to kid him about it. So, the train stops and everyone jumps out to shit on the tracks. I teased Grunwalski so much, that he went off on his own. The train starts moving, so everyone jumps on, but it waits for nobody. Grunwalski had a problem: he'd gone behind a bush, and was still shitting. So I see him come out from behind the bush, holding up his pants with his hands. He tries to catch up. I hold out my hand, but each time he reaches for it he lets go of his pants and they drop to his ankles. He pulls them up, starts running again, but they fall back down, when he reaches for me.