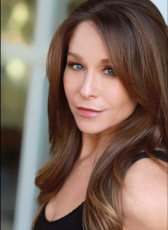 Jamie Michelle Luner was born on Thursday, May 12, 1971 to Stuart and Susan Luner in Palo Alto, California. She grew up with her older brother, David Luner, and her mom Susan in California. Before landing her roles on Just the Ten of Us (1988) as dizzy "Cindy Lubbock", Jamie began her career in front of the cameras at the tender age of three doing TV commercials. When she was 15, she won the L.A. Shakespeare Festival in the category of monologues. While still working on Just the Ten of Us (1988), Jamie was still in high school. She graduated from Beverly Hills High School in 1989. She took a break from acting and she attended culinary school and was a chef in Drai's, a French restaurant, after Just the Ten of Us (1988) was canceled in 1991.

She returned to TV in Moment of Truth: Why My Daughter? (1993) in 1993, then she had a few small parts in shows such as Married with Children (1987), Diagnosis Murder (1993). Then, she got her first break as Southern seductress "Peyton Richards" in Savannah (1996). After the prime time soap was canceled, Jamie and her then-boyfriend, Johnny Braz, travel around the US in an Airstream motor home before she landed the role of "Lexi" in Melrose Place (1992). After the Fox soap ended in 1999, so did her 4 year romance with her boyfriend. Then, after Ally Walker left, Jamie joined the cast of Profiler (1996) as "Rachel Burke".