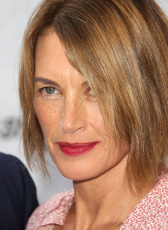 Amanda Pays is an English actress. Pays was born in London, England, the daughter of Jan, an actress, and Howard Pays, a talent agent and former actor. She is the niece of former child actress Mandy Miller, after whom she is named. Her first marriage, from 1984 to 1987, was to Peter Kohn, who later went on to be the production manager for Pirates of the Caribbean. Following her divorce, Pays married American actor Corbin Bernsen on 19 November 1988, with whom she has four sons. Her mother-in-law was long-time The Young and the Restless actress Jeanne Cooper.