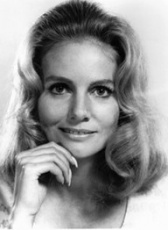 Although she was presented in 1969 the first Film Star of Tomorrow by The Motion Picture Exhibitors of Canada, the status of Sharon Acker as a star never materialized. Not that she was inactive, quite the opposite, but she worked almost only for TV and appeared only in a few undistinguished movie films. She will, nevertheless, remain remembered for her role as Lee Marvin's ex-wife in John Boorman's classic film noir Point Blank (1967). The victim of Marvin's rough manners, Acker/Lynne left a deep impact on male brains. Born in 1935, the Canadian-born actress started her film career in England when the play she was in, "Lucky Jim", Kingsley Amis' classic, was made into a movie. But, she was not seen in many a film, except during the sixties, either in Canada or in the U.S. On the contrary, she has been very active on TV, first in Canada from the age of 19, then in the U.S. in made-for-TV movies or series like Star Trek (1966), Mission: Impossible (1966), Gunsmoke (1955), Marcus Welby, M.D. (1969), Barnaby Jones (1973), etc. She was a regular in the series The Bold Ones: The Senator (1970) for one year and played "Della Street" in the short-lived The New Perry Mason (1973). A talented actress seen too little in movie theaters.