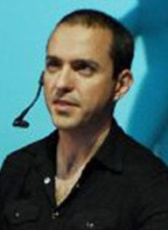 Kyle Balda has been working professionally in feature animation for the past 15 years, most notably with Pixar Animation Studios and Industrial Light & Magic. He began his career studying traditional animation at The California Institute of the Arts in 1991, and continued his training during summer internships with Lucas Arts and Pacific Data Images. In 1993 Balda joined the crew of Industrial Light & Magic where he participated in such films as The Flintstones (1994), The Mask (1994), Mars Attacks! (1996) and as supervising animator on Jumanji (1995). After animating on Peter Jackson's The Frighteners (1996) at Weta Digital in New Zealand, Kyle returned to California to work at Pixar as an animator on A Bug's Life (1998) and Monsters, Inc. (2001) and as directing animator of Toy Story 2 (1999).

Presently living in Paris, Kyle has been conducting animation workshops at film-schools and production studios worldwide for the last six years. As well as leading a 3D animation workshop at Richard Williams 2002 Masterclass, Kyle has repeatedly lectured at Les Gobelins in Paris, The Animation Workshop of Denmark , Filmakademie Baden-Wuerttembergand and The Art Academy of San Francisco. Kyle continues to stay heavily involved in animation production as both director and animation director/consultant at a number of European and Asian studios. Recent credits include layout supervisor for Despicable Me (2010) and co-director of The Lorax (2012).