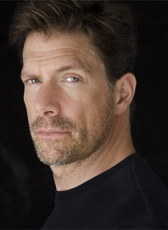 Jason began his career with his memorable portrayal of the dark, but likable villain, "Peter Blake", on NBC's long-running drama, Days of Our Lives (1965), for which he garnered Soap Opera Digest's coveted Best Villain award.

After leaving "Days" to pursue other projects, Jason continued to work consistently in leading roles in television and film, including Alibi (1997), opposite Tori Spelling for ABC, Three Secrets (1999), with Jaclyn Smith for CBS, and The Darwin Conspiracy (1999) (Pilot/MOW) for UPN. He then landed a recurring role warming up the ice cold "Miss Parker" on ABC's hit drama series, The Pretender (1996), opposite Andrea Parker.

Soon after, Baywatch (1989) producers approached Jason to replace David Hasselhoff in the series' new incarnation, Baywatch (1989) Hawaii, shooting on location in the island paradise. After two seasons, the series wrapped up its syndicated run and Jason returned to Los Angeles, where he became the father to his second son with wife, Corinne Olivo Levin, a literary talent manager. Jason was then cast in numerous indie film roles such as The Rose Technique (2002), with JoBeth Williams, Flying Virus (2001) (aka "Buzzed"), with Gabrielle Anwar and Rutger Hauer, Purgatory Flats (2003) and Submission (2006), opposite Aussie star, Simmone Mackinnon. He appeared in the films: Star Trek (2009), directed by J.J. Abrams, Burning Palms (2010), Accused at 17 (2009), Christmas Spirit (2011), Home Invasion (2012), Super 8 (2011), again for director J.J. Abrams and Beverly Hills Chihuahua 3 and many more...

Some of his other pilot appearances include: Pepper Dennis (2006) (for which he was a recurring guest star), War Stories (2003) (NBC), Day One (2010) (NBC), "Criminal Minds: Suspect Behavior (CBS) and Madison High (2012) for the Disney Channel, The Saint and Guilt By Association.

Jason has also starred in many award-winning theater productions. Some of his favorite leading theater roles were in the productions: "Death of a Salesman (winning the Robby Award for Best Actor), "Myron" (a touching AIDS drama) and the L.A Times' acclaimed "Johnny On the Spot".

You might also remember him as the ultimate sporty-yet eternally handsome, "Old Spice guy" of 2009, as he slid around the bases into an award-winning ad campaign.

Jason currently lives in Santa Monica with his wife of almost 30 years and their two sons.