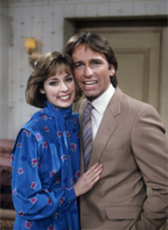 Cadorette was born in East Hartford, Connecticut, United States. She started taking dance classes when she was five years old and later entered dance competitions. She gives credit to her love of dance for her career milestones. She was Miss Connecticut in the 1975 Miss America pageant. She graduated from the University of Connecticut in 1979, after which she performed in dinner theatres and with the USO. She also spent three and a half years on Broadway as an understudy in the musical "42nd Street". In 1990, she landed the recurring role of Margaret Turner on Night Court (1984). She owned her own restaurant in Los Angeles in the 1990's, Mary's Lamb, that was frequented by many celebrities.

In 1999, she left California and moved back home to Connecticut to take care of her mother who had suffered a stroke. Her mother died eight years later. She and two friends, whom she had known since they were in dance school as children, decided to take up dancing again after many years. They formed the "The Chapeau Rouge Dance Project" encouraging former (and older) dance students to attend classes in the dance studio that they have rented.

On November 1, 2015, she married her 7th grade sweetheart Michael Daly and now goes by the name Mary Cadorette-Daly.