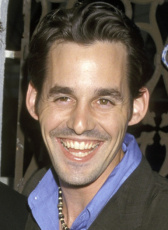 Kelly Donovan was born on April 12, 1971 three minutes before his brother, Nicholas Brendon. He started his career behind the scenes. He was a P.A. on an independent movie called The Hard Truth (1994) and was the set dresser for Buffy the Vampire Slayer (1997). Kelly always had a passion for acting, though, and decided to pursue his original dream and step in front of the camera. His first break in the world of entertainment was his small role in City Guys (1997). Months afterwards, he made a guest appearance on MTV's late night program Undressed (1999). The highlight, though, was when he portrayed "Xander Harris"' double on Buffy the Vampire Slayer (1997). After his guest spot on "Buffy", he continued doing stuntwork for his brother and also worked behind the scenes in the Art Department. Currently, Kelly still does stuntwork for various television series, the most recent being Alias (2001).