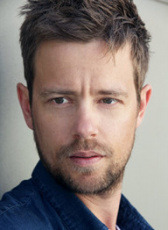 Born in Sydney in 1976, Matt Doran is an experienced film and television actor who had his first lead role in the film Pirates' Island at age 14.

After graduating from the Australian Film and TV Academy, he became a core cast member on Australia's most successful television show Home and Away.

He has worked on an array of Australian film and television productions including lead roles in Geoffrey Wright's film Macbeth with Sam Worthington; Lilian's Story with Toni Collette and Ruth Cracknell; US production Farscape; ABC series Love is a Four Letter Word and Redfern Now plus many others.

He has also worked closely with some of the most distinguished directors in highly acclaimed US productions: Terrence Mallick's academy award nominated film The Thin Red Line; the Wachowski's The Matrix and George Lucas' Star Wars II Attack of the Clones.

Matt now splits his time between the US and Australia.