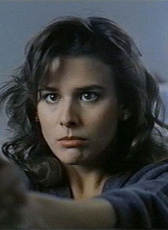 She became a Senior Producer and Journalist, reporting on current events and international politics, with a focus on Middle East relations. Some her more well-known programs were, The Yellowcake Uranium Scandal (2007), RAWA's Meena: The Story of a Revolutionary (2006), and In the Name of God (1996), about Iran's Islamic fundamentalism. She was the first female journalist to interview Sheikh Sayyid Hassan Nasrullah for her documentary, Inside the Hezbollah (2001), which later became the subject of an award winning book she helped coauthor. For CBS and Discovery, she was Co-executive Producer for controversial programs such as, The Mysterious Man of the Shroud (1997), Inside the Vatican and The Genetic Revolution (1998), a four-part series which in part, exposed secret genetic experiments conduced by Monsanto Corporation. She has won two Boccaccio Awards for Program of the Year, the Pasolini Award and the Film Advisory Board Award for Best Documentary.

Errickson was a Contributing Development Director for GRB Productions, GA & A Productions, Capmar Productions, and DocLab Productions, which produced programs for major American cable channels, and a Segment/Field Producer for Sundance Channel, The Learning Channel, Discovery Channel and the CBC.

She worked as an Intelligence Analyst at a Washington, DC think tank until 2008. In 2007, as part of a team, she went to Pakistan and Afghanistan, which ultimately resulted negotiating the release of a kidnapped Italian journalist from the Taliban. In 2008, she successfully aided a political prisoner escape a Teheran jail and certain death, which was chronicled in the New York Times. She was recognized for her work in Iran with the Filippo Mazzei Award and The Bridge Iran-It.

She works as freelance journalist as President of Free Verse Productions, which develops and produces documentaries and news programs, specializing in political, human interest and human rights issues. She is a contributing writer to Italy's La Repubblica.

Errickson holds a B.A. in Political Science, and received her master's in 2008 from the University of Wales at Lampeter in Islamic Studies. She was married to the journalist and Deputy Director of RAI International Piero Di Pasquale. She is a member of the International Press Association, Foreign Press Association, The Committee to Protect Journalists, and The Daniel Pearl Foundation.

She is also the granddaughter of famed Broadway set designer, Jo Mielziner, considered one of the most influential theatre designers of the 20th century, designing the scenery and often the lighting for more than 200 productions, many of which became American classics. Errickson is also the goddaughter to the late Elia Kazan, legendary American film and theatre director, film and theatrical producer, screenwriter, novelist and co-founder of the influential Actors Studio in New York in 1947.