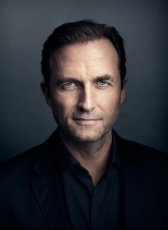 Irish-born Stephen Hogan was trained at the Royal Scottish Academy of Music and Drama. Afterwards, he achieved leading roles across several stages including performances at the Royal National Theatre in London and the prestigious Abbey and Gaiety Theatres in Dublin. Hogan began his screen career in 1993 and since that time has accumulated credits both in film and television. The year 2008 found Stephen Hogan involved with high-level screen projects starting with the HBO period drama "The Tudors" where he played the role of Sir Henry Norris. Next he would make a more prominent, leading-type appearance as the Sky Marshal Anoke in the cult Sci-Fi trilogy epic Starship Troopers 3: Marauder (2008), starring alongside Casper Van Dien best known from the first title movie. Entering the 2010s, Stephen found steady work between film and television including episode appearances on the TV series Injustice (2011) and a role in the television movie Saving the Titanic (2012).