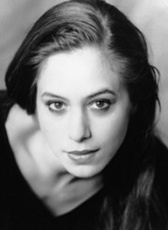 Jodhi was born in 1975. She was born and brought up in London, England, UK. She went to Wadham College, Oxford University 1994-1997. She studied and received a Masters in English. During her time at Wadham she read a lot of literature. She has been acting since she was twelve.
Studied English at Wadham College, Oxford University 1994-1997
Went to the same school (Camden School for Girls) as Emma Thompson.
For the credits of Eminent Domain (1990), they misspelled her name. Instead of Jodhi, they had Johdi May.
One of the youngest actors (age 12) to ever win a Cannes Film Festival acting award for A World Apart (1988), she also won the Laurence Olivier Award for "most promising newcomer".
Attended Oxford University from 1994-1997 majoring in English.
In 2002, she appeared in the play "Far Away" in Paris, the entire production spoken in French.
Personal Quotes
"Pam [Ferris] is hysterically funny and often made me laugh at inappropriate moments. We both had attacks of giggles, which wasn't particularly conducive to the seriousness of the scene."