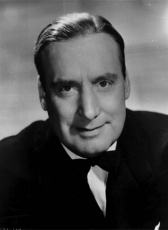 Alan Mowbray, the American film actor who was one of the founding members of the Screen Actors Guild, was born Ernest Allen on August 18, 1896, in London, England, to a non-theatrical family. He served in the British army during World War I and received the Military Medal and the French Croix De Guerre for bravery in action. He began as a stage actor in England, and in some accounts he gave of his life, claimed he was a provincial actor in England before his naval service. In other versions, he claimed he turned to acting after The Great War, as World War I was then known, as he was broke and had no other skills.

After acting in London's West End, Mowbray came to the United States, where he toured the country with the Theater Guild from 1923 to 1929. On the road with the Guild, he most enjoyed acting in the plays of Noël Coward and George Bernard Shaw. He made his Broadway debut in the play "Sport of Kings" at the Lyceum Theatre on May 4, 1926. He also appeared on Broadway in "These Modern Women" in February 1928 and in "The Amorous Antic" in December 1929.

On August 25, 1929, Mowbray's own play, "Dinner is Served," an original comedy he wrote, directed and starred in, made its debut at the Cort Theatre. The play was not a success, closing after just four performances. After "The Amorous Antic," Mowbray did not appear again on Broadway until 1963, when he was featured in "Enter Laughing," the hit stage adaptation of Carl Reiner's novel.

His relative lack of success on Broadway during the "Roaring Twenties" did not matter, as sound had come to Hollywood and the studios were looking for stage actors who could appear in the talkies. Blessed with excellent diction, and tall with a stiff posture and a patrician air, he was ideal for character parts in sound pictures. A member of the "stiff-upper lip" school of British acting, he was often cast as a British, European or upper-class American gentleman, or as an aristocrat or royalty. As he aged, roles as doctors or butlers were his forte.

Mowbray was praised by the critics for limning George Washington in the 1931 biopic Alexander Hamilton (1931) (he would once again play the Father of His Country, this time in a comic vein, in the 1945 musical Where Do We Go from Here? (1945)). He had a romantic lead role opposite Miriam Hopkins in Pioneer Films' Becky Sharp (1935), which also starred Fredric March and was the first feature film made in three-strip Technicolor.

Mowbray had the distinction of appearing in movies with three screen Sherlock Holmeses: Clive Brook in Sherlock Holmes (1932), Reginald Owen in A Study in Scarlet (1933) and Basil Rathbone in Terror by Night (1946). He played the butler in the first two "Topper" films, and as a character actor had memorable turns in two John Ford pictures, My Darling Clementine (1946) and Wagon Master (1950). In the area of typecasting, Mowbray could be counted on as a "pompous blowhard" in such movies as My Man Godfrey (1936), or as "the surprise killer" in B-movie murder mysteries. One of his favorite roles was the con man in the television series Colonel Humphrey Flack (1953), which ran on the Dumont network in 1953.

Mowbray occasionally was a screenwriter, but mostly concentrated on acting. In his personal life he was a member of the Royal Geographic Society and was active in several acting fraternities. He also was one of the founding members of the Screen Actors Guild. The Guild was formed in 1933, in the wake of the formation of the Screen Writers Guild, in reaction to a proposed 50% across-the-board pay cut implemented by the studios.

Actors Equity, the theatrical actors union, had tried to organize Hollywood after winning a contract and a closed shop on Broadway after World War I, but it had failed. Screen actors angered over the lack of contracts and the grueling work hours at the Hollywood studios founded the Masquers club in 1925 in a move towards unionization. After studio technicians won a collective bargaining agreement from the studios in 1926, MGM studio chief Louis B. Mayer had the idea of heading off collective bargaining by the "talent" branches--the actors, writers and directors--by creating a company union. The Academy of Motion Picture Arts & Sciences was created to serve as an intermediary between the studios and the talent branches and technicians, negotiating contract disputes. Proto-unions, such as the original Screen Writers Guild, folded in 1927 after the creation of the Academy.

By the announcement of the across-the-board cut in 1933, two previous rounds of cutbacks and lay-offs caused by the Great Depression had alienated most of the talent in Hollywood and had led to a strike by the technicians which had closed down the studios for a day. Losing faith in the company union that was the Academy, the talent began organizing their own guilds. In addition to the lack of contracts for many actors and the concerns over wages and hours, one of the new Screen Actors Guild's grievances was that Academy membership was by invitation-only.

In March 1933, SAG was founded by six actors: Berton Churchill, Charles B. Miller, Grant Mitchell, Ralph Morgan, Alden Gay and Kenneth Thomson. Three months later Mowbray was named to SAG's board of directors. He personally funded SAG when it was first founded. While many high-profile actors, already signed to seven-year contracts, refused initially to join SAG, they began to flock to the new union once the studios initiated an anti-raiding provision in the new National Industrial Relations Act code the industry had implemented after Franklin D. Roosevelt became US President and oversaw the enactment of his New Deal legislation in the first 100 days of his administration.

The NRA code the movie industry adopted created a situation for the talent similar to baseball's reserve clause, in which another studio was prevented from offering a contract to an actor, writer or director whose contract had lapsed until their old studio had finished with them and not picked up their option. The NRA code contained a pay ceiling for the talent and technicians, but not for executives. The talent was further enraged when it found out that the Academy, the "company union," had created a committee to investigate the feasibility of long-term contracts. Long-term contracts were the only island of stability in an industry that enhanced its profitability by cutting the wages of its employees and by working them long hours.

At a pivotal meeting at the home of Frank Morgan (the future "Wizard of Oz" and the brother of first SAG president Ralph Morgan), Eddie Cantor insisted that SAG's response to the new code--a collective bargaining agreement--should be in the interests of all actors, not just the already established ones. In the three weeks after the critical meeting, SAG membership rose from approximately 80 members to more than 4,000. Actors resigned from the Academy en masse to join SAG.

Cantor, a friend of President Roosevelt, took the occasion of his being invited to spend the 1933 Thanksgiving holiday with the Roosevelt family to point out the inequities in the new code that SAG found particularly noxious. By executive order, F.D.R. struck them down.

Finally, in 1937, after a long period of resistance, the studios recognized SAG as a collective bargaining agent for actors. Recognition of the Screen Writers Guild and the Screen Directors Guild eventually followed. Mowbray's financial support, in the crucial early days of the guild, had helped make a collective bargaining agreement for actors a reality.

Alan Mowbray married Lorayne Carpenter in 1927, and they had two children. He died on March 25, 1969, of a heart attack.