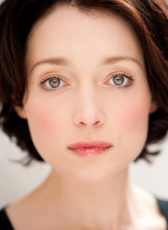 Antonia last appeared for Cloud 9 as Jem in A Crack in Time in the series William Shatner's A Twist in the Tale. Prior to this Antonia played the lead role in the television drama series Mirror Mirror. She has theatre experience having appeared in Starchild in 1994 and The Magical Kingdom of Thingymijig in 1993.