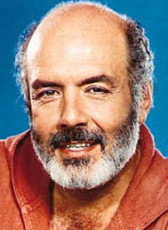 Best recalled as the eldest son and first member of the "Bonanza" Cartwright clan to permanently leave the Ponderosa in the hopes of greener acting pastures, dark, deep-voiced and durably handsome Pernell Roberts' native roots lay in Georgia. Born Pernell Elvin Roberts, Jr. on May 18, 1928, in North Carolina and moved to Waycross as an infant, he was singing in local USO shows while still in high school (where he appeared in plays and played the horn). He attended both Georgia Tech and the University of Maryland but flunked out of both colleges, with a two-year stint as a Marine stuck somewhere in between. He eventually decided to give acting a chance and supported himself as a butcher, forest ranger, and railroad riveter during the lean years while pursuing his craft.

On stage from the early 1950s, he gained experience in such productions as "The Adding Machine," "The Firebrand" and "Faith of Our Fathers" before spending a couple of years performing the classics with the renowned Arena Stage Company in Washington, DC. Productions there included "The Taming of the Shrew" (as Petruchio), "The Playboy of the Western Word," "The Glass Menagerie," "The Importance of Being Earnest," and "Twelfth Night." He made his Broadway debut in 1955 with "Tonight in Samarkind" and that same year won the "Best Actor" Drama Desk Award for his off-Broadway performance as "Macbeth," which was immediately followed by "Romeo and Juliet" as Mercutio. Other Broadway plays include "The Lovers" (1956) with Joanne Woodward, "A Clearing in the Woods" (1957) with Kim Stanley, a return to Shakespeare's "The Taming of the Shrew" (1957) and "The Duchess of Malfi" (1957). He returned to Broadway fifteen years later as the title role opposite Ingrid Bergman in "Captain Brassbound's Conversion" (1972).

Pernell then headed for Hollywood and found minor roles in films before landing the pivotal role of Ben Cartwright's oldest and best-educated son Adam in the Bonanza (1959) series in 1959. The series made Roberts a bona fide TV star, while the program itself became the second longest-running TV western (after "Gunsmoke") and first to be filmed in color. At the peak of his and the TV show's popularity, Pernell, displeased with the writing and direction of the show, suddenly elected not to renew his contract and left at the end of the 1964-1965 season to the utter dismay of his fans. The show continued successfully without him, but a gap was always felt in the Cartwright family by this abrupt departure. The story line continued to leave open the possibility of a return if desired, but Pernell never did.

With his newfound freedom, Roberts focused on singing and the musical stage. One solo album was filled with folks songs entitled "Come All Ye Fair and Tender Ladies." Besides such standard roles in "Camelot" and "The King and I," he starred as Rhett Butler to Lesley Ann Warren's Scarlett O'Hara in a musical version of "Gone with the Wind" that did not fare well, and appeared in another misguided musical production based on the life of "Mata Hari." During this period he became an avid civil rights activist and joined other stalwarts such as Dick Gregory, Joan Baez and Harry Belafonte who took part in civil rights demonstrations during the 60s, including the Selma March.

The following years were rocky. He never found a solid footing in films with roles in rugged, foreign films such as Tibetana (1970) [The Kashmiri Run], Four Rode Out (1970), making little impression. He maintained a viable presence in TV, however, with parts in large-scale mini-series and guest shots on TV helping to keep some momentum. In 1979 he finally won another long-running series role (and an Emmy nomination) as Trapper John, M.D. (1979) in which he recreated the Wayne Rogers TV M*A*S*H (1972) role. Pernell was now heavier, bearded and pretty close to bald at this juncture (he was already wearing a toupee during his early "Bonanza" years), but still quite virile and attractive. The medical drama co-starring Gregory Harrison ran seven seasons.

The natural-born Georgia rebel was a heavily principled man and spent a life-time of work fighting racism, segregation, and sexism, notably on TV. He was constantly at odds with the "Bonanza" series writers of his concerns regarding equality. He also kept his private life private. Married and divorced three times, he had one son, Jonathan Christopher, by first wife Vera. Jonathan was killed in a motorcycle crash in 1989. In the 1990s, Pernell starred in his last series as host of FBI: The Untold Stories (1991). It had a short life-span.

Retiring in the late 1990s, Roberts was diagnosed with cancer in 2007 and died about two years later at age 81 on January 24, 2010, survived by fourth wife Eleanor Criswell. As such, the rugged actor, who never regretted leaving the "Bonanza" series, managed to outlive the entire Cartwright clan (Dan Blocker died in 1972; Lorne Greene in 1987); and Michael Landon in 1991).