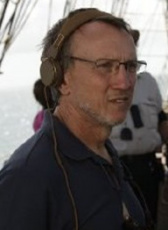 Steve Barron started in films as a camera assistant on epic productions such as Richard Donner's 'Superman', Richard Attenborough's 'A Bridge Too Far' and Ridley Scott's 'The Duellist's'. He began directing music videos in the early eighties for The Jam, Human League, and Adam & the Ants, his work helping to inspire the formation of MTV. In 1982 he conceived and directed the award winning 'Billie-Jean' - the first single of Michael Jackson's incredible 'Thriller' album. More seminal videos followed. Dire Straits' 'Money for Nothing' won Best Video at the 1986 MTV Awards and A-Ha's 'Take On Me' was awarded Best Director.

In 1987 his foray into network television won an Emmy for 'Hans My Hedgehog' - the 'Jim Henson - Storyteller' pilot for NBC. His second show 'Fearnot' gained immense critical acclaim after broadcast in 1987, while a third, 'Sapsorrow', broadcast in 1988, was similarly revered. The Washington Post said of 'Fearnot' - "This fantasy turns the television screen into Alice's looking glass, Snow White's magic mirror and The Thief of Baghdad's all-seeing eye. It is so seductively imaginative that you can almost feel it pulling you into a bottomless tube".

In 1990 Steve's second movie stunned the movie industry by becoming the first independent feature to break the 100 million-dollar theatrical barrier in the U.S. 'Teenage Mutant Ninja Turtles' grossed over 350 million dollars worldwide. A Grammy nomination followed for Dire Straits' 'Calling Elvis' and the Billboard Best Director award for Natalie Cole's 'Unforgettable' duet with her father, which reached No.1 across the world, selling over 12 million albums on the way.

In the mid-nineties Steve directed the Dan Ackroyd feature 'Coneheads' for Paramount and he was Executive Producer on the Sylvester Stallone, Sharon Stone picture 'The Specialist', and the highly successful 'While You Were Sleeping' starring Sandra Bullock and Bill Pullman. He was also Executive Producer on 'ReBoot', the first fully computer animated network series.

In 1996 he directed 'The Adventures of Pinocchio', starring Oscar winner Martin Landau and Jonathan Taylor Thomas. Alexander Walker said in the London Evening Standard "Director Steve Barron's blend of human stars with the eponymous animatronic wooden hero has produced an amazing movie rooted in timeless fairyland but incorporating state-of-the-art wizardry.... The inventiveness lasts through the fable: it really is something to goggle at, whatever your age." Responses across the Atlantic in the U.S. were equally warm. The Washington Post wrote of the film, "The Adventures of Pinocchio evokes the look and language of traditional European picture book tales, and does so with so much charm that it offers a fresh new delight, not just a pale live-action imitation, of the Disney animated classic."

In autumn 1998, Steve directed 'Merlin', a $30 million television mega-series produced by Hallmark for NBC in America. Merlin attracted a stellar cast including Sam Neill, Helena Bonham-Carter, Miranda Richardson, Isabella Rossellini, Martin Short, Alan Bates, Sir John Geilguid and Rutger Hauer. In the US alone 58 million people tuned in to watch 'Merlin' and the critical reaction was overwhelmingly positive. Entertainment Weekly wrote... "Merlin cast a new spell on history posting the highest ratings in adults 18-49 since 1984... the result is nothing less than an instant classic - a four -hour TV movie that deserves to be shown annually, the way it used to be a tradition to broadcast 'The Wizard of Oz' every year. It's that good - that scary, that rich, that much fun."- 'Merlin' was nominated for 15 Emmy's, 4 Golden Globes and a DGA nod for outstanding Directing.

In 1999 Steve completed 'Arabian Nights', this time for the ABC network in America. Photographed in Turkey and Morocco its stars include Alan Bates, Jason Scott Lee, John Leguizamo, Dougray Scott and Rufus Sewell. The show aired to rave notices on ABC TV in the USA and BBC1 in the UK simultaneously, earning 5 more Emmy and a US National Television Critics nomination.

In October 2000 the Universal movie 'Rat' had it's theatrical premiere in Dublin. This dark comedy, co-produced and directed by Steve Barron, is the bizarre story of a Dublin man who comes home from the pub one day 'not feeling very well' and turns into a rat. Starring Imelda Staunton and Pete Postlethwaite the Irish press greeted the film with an ecstatic response. Brian Reddin of the Dublin Evening Herald said - "To miss this superb surreal comedy would be to miss one of the greatest Irish films ever made and perhaps the funniest."

Steve's next comedy was 'Mike Bassett-England Manager' a spoof documentary feature film starring Ricky Tomlinson as the national soccer coach. The film had a wide UK theatrical release in November 2001, through the government funded Film Council and Entertainment distributors, taking $6m and charting at number three in it's first four weeks.

Next was a $24m American Indian mini-series epic for ABC and Hallmark. 'Dreamkeeper' is the first big scale attempt to bring to life the myth's and legends of the Native American people. Tribes all across the United States were consulted and ninety-five speaking roles all cast with Native people. The production won Steve a Gold for Directorial Achievement at the Chicago International TV Festival and an Emmy for best visual effects.

In 2005 Steve wrote and directed the New York based independent feature film 'Choking Man' starring Mandy Patinkin and Aaron Paul. The contemporary feature follows the fortunes of an acutely shy Ecuadorian dishwasher. Set in an old traditional diner in Jamaica, Queens the movie's backdrop is the largest, most diverse immigrant population in North America.

Steve was presented with an 'Outstanding Achievement in Music Videos' award at the Hammersmith Palais in London. 2007 also brought a prestigious Gotham Award for his first original screenplay Choking Man. Through these years Steve Exec-Produced two feature documentaries for 'Peace One Day' and 'The Day After Peace' with Jude Law and Angelina Jolie, which premiered at the Edinburgh Film Festival and Cannes respectively. The film charts Jeremy Gilley's incredible journey to create a day of peace in the world calendar.

2009 Steve directed the Sci-Fi internet sensation Slingers, starring Sean Pertwee, with visual effects by the acclaimed company he was a founder of, Framestore. 2011 he Directed the miniseries Treasure Island, for Sky and SyFy, starring Eddie Izzard, Elijah Wood and Donald Sutherland. Filmed in Dublin and Puerto Rico Steve kept up his unbroken Emmy Nomination sequence for television with two more Emmy nods.

Steve completed the Artificial Intelligence thriller mini-series for Sonar Entertainment - 'Delete' premiering in 2013. Through Riley Productions he has signed a development deal with the British Film Institute to make a sequel to his now cult 'Mike Bassett' soccer movie.