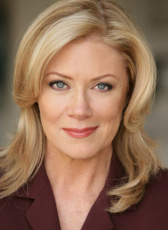 Nancy Stafford was born in Wilton Manors, Florida, a suburb of Ft. Lauderdale, Florida, where she was raised in a Southern Baptist family home.

Her biggest claim to fame on television was with Andy Griffith on Matlock (1986).

Additionally, Stafford played "The Lady in the Park" in the 2004 Award-winning short film, The Proverb (2004), along with her friends, Jeff Andrus and Scott Waara.