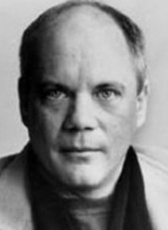 A character actor who seems to pop up everywhere as the stereotypical cop, military officer and/or tough guy, Von Bargen can turn in performances of stunning complexity when given the chance.

Daniel von Bargen was born in Cincinnati, Ohio, on June 5, 1950, to Juanita (Bustle) and Donald L. von Bargen, of German and English descent. He grew up in Cincinnati for most of his childhood before moving with his family to Southern California. He attended Purdue University, majoring in drama. Daniel joined the Trinity Repertory Theatre in Providence, Rhode Island, after graduation and worked with them for many years. A breakthrough role in Mastergate (1992) by Larry Gelbart launched him onto Broadway stages. He has also starred in off-Broadway productions of "Beggars in the House of Plenty," "Macbeth," "The Cherry Orchard," "Hurlyburly," and "Uncle Vanya." On TV, he is known for his roles in Malcolm in the Middle (2000) and The West Wing (1999).

His role in The Postman (1997) as the Pineview sheriff who suspects 'Kevin Costner''s character of being a fraud, was a stand-out as von Bargen infused the role with the pathos of a man caught between just trying to survive and wanting to believe in the hope the Postman represents. His performance, which was an amalgam of characters from the Novel, contained just the perfect blend of world-weary skepticism and desperate hope. In an otherwise mediocre film, audiences were moved to tear up as his character shouts, "Ride Postman! Ride!" just before being put to death for assisting in the rebellion. His more evil side was brought out in Clive Barker's Lord of Illusions (1995) as he played Nix, an older, wiser, more magical and supernaturally gifted type of Charles Manson character rising from the dead to "Murder the world." Many people don't remember him, but do remember his name and recall his characters distinctly and their lines, such as him calling Michael Douglas "Shooter" all the time in Basic Instinct (1992).

von Bargen is at his best when he is permitted to layer an otherwise forgettable character with a subtle and poignant humanity he often conveys merely with his eyes or change of voice.