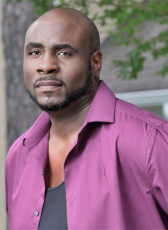 Allen Phoenix (born August 30, 1977)is a new age actor that has appeared in over six feature films in only four years time. With a 2005 Tyler Perry production being his first film(Diary Of a Mad Black Women)as an extra. Allen is also a United States Navy veteran. He is the oldest of 9 children, all born and raised in Gary, Indiana. Allen started acting as early as 10 years old in local productions as a way to channel a lot of the stress of growing up in a single parent household. Allen is now married and raising five children with his wife in Georgia. He has done commercials for various local businesses with Comcast being the biggest yet. Allen appeared on the Mike and Juliet Morning Show in start of 2009 along with Tyson Beckford, in his a segment of the show about himself. He has worked along side of a lot of hollywoods most notable actors, producers and musicians such as Will Packer, Rob Hardy, Tyler Perry, Kiesha Knight Pulliam, Omar Gooding, Idris Elba, Clifton Powell, Nelly, Gorilla Zoe, D.J. Unk, Ludacris, Snoop and T.I. just to name a few.